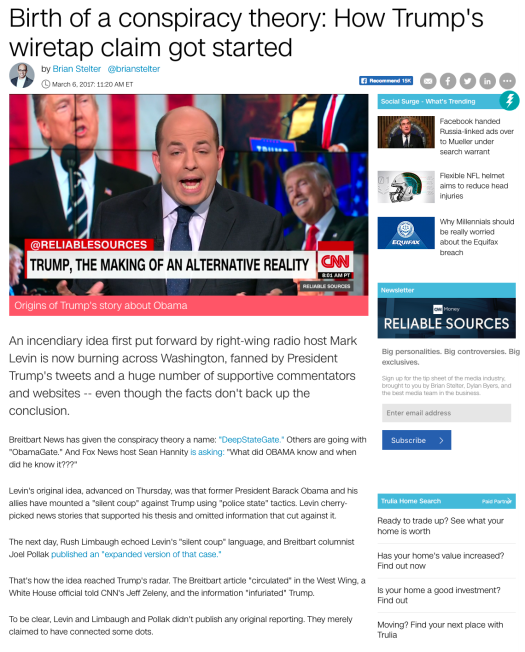 Birth of a Retraction: How Stelter’s Bosses Order Him to ‘Just Make Shit Up’ on Job

An incendiary idea is telling the truth. In fact, it’s a revolutionary act in a world of deceit. Shhhhhhh. Don’t tell Brian Stelter though, because he’s playing for “the winning team.” He gets paid to peddle conspiracy theories as fact, and vice versa. He’d be good at it, if he didn’t sound like a little girl trapped inside George Costanza’s body.

Here’s what Stelter misses every time he talks stupidly about the Russia conspiracy theory: He’s full of crap, and nobody believes him. Hell, nobody’s even watching, but he’s still talking – pretending as if something is going on – talking to himself and his 5 friends on air. Time to hang it up, George.