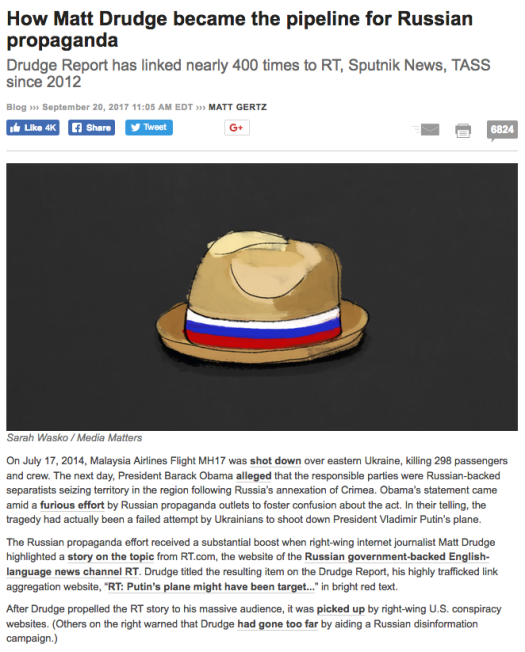 David Brock and George Soros are at it again – lying with fake news to accuse a NEWS AGGREGATE site, the Drudge Report, of the very thing they are doing – putting out fake news. The Russia narrative was concocted by Robby Mook and John Podesta, as reported by Jonathan Allen in his book, Shattered.